Our pharmacists are always available to provide medication, health condition and lifestyle advice. At most times we have multiple pharmacists on duty ensuring there is always one available when required. 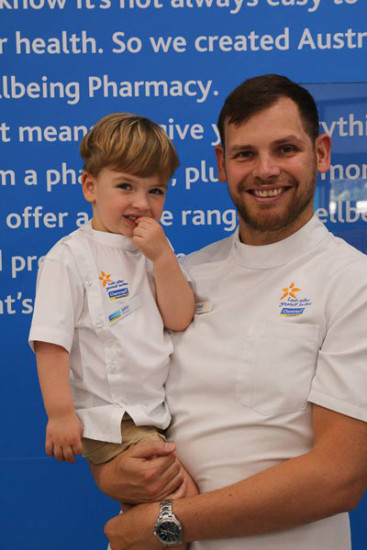 Chad Arnold has been a proprietor of TerryWhite Chemmart® Doubleview since May 2010 and a pharmacist since December 2004. He attended Deanmore Primary and Churchlands Senior High School and is pleased to provide a service in the area he grew up. Chad completed a Bachelor of Pharmacy at Curtin University and worked in Perth and Margaret River before registering in the United Kingdom. Whilst in the UK Chad gained experience working as a locum throughout England before taking a full time job at an hospital in London. When he returned to Perth in 2008 Chad began working at Sir Charles Gairdiner Hospital before becoming a proprietor at Doubleview. Chad has a special interest in nutritional medicine and has completed units with the Australisian College of Nutritional and Environmental Medicine. 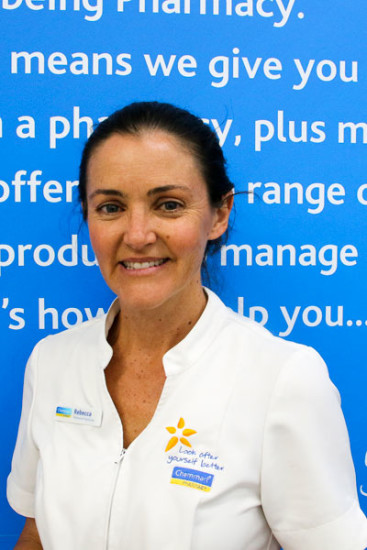 Rebecca Wiltshire is a pharmacist with over 25 years experience having completed her Bachelor of Pharmacy at Curtin University in 1991. Rebecca has predominately worked as a pharmacist in country WA and was a co-owner of Margaret River Pharmacy for many years. She also worked managing the new Mercy Hospital Pharmacy prior to becoming a proprietor at TerryWhite Chemmart® Doubleview in 2010. Rebecca has a special interest in nutritional medicine with certification and membership with the Australasian College of Nutritional and Environmental Medicine. She is currently completing further studies in this area and is available for consultations on health, nutrition and natural medicines. Rebecca lives in the area and enjoys being a part of the Doubleview Community. 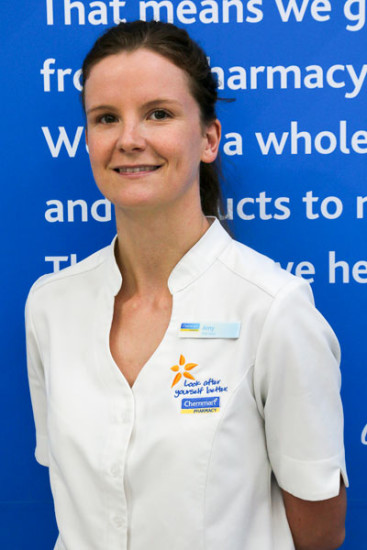 Amy is one of our full time pharmacists, originally from Wexford, Ireland she moved to England to study pharmacy when she was eighteen. She completed her Master of Pharmacy and graduated with first class honours in 2007, then commenced training and work in a hospital in Manchester. She then worked as a locum pharmacist in community pharmacies in South East Ireland for several months before returning to the UK to manage a community pharmacy in London. After four years in London she and her husband embarked on a 6 month trip to South America before taking up permanent residency in Perth. She is now in her second year of a post graduate diploma in clinical pharmacy through the University of Tasmania. Outside of work, Amy is passionate about wildlife and conservation and spends one day per week working at Darling Range Wildlife Shelter and after completion of her clinical diploma would like to study veterinary pharmacy. 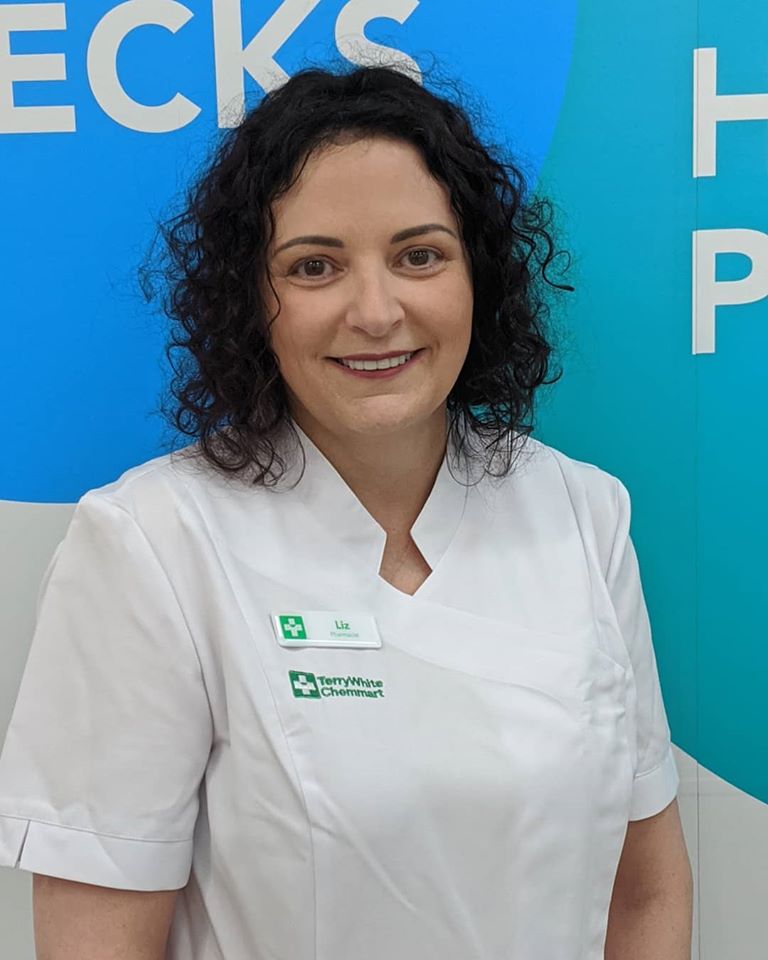 Elizabeth graduated from Curtin University in 1987 with a Bachelor of Pharmacy. In 1991 she bought her own pharmacy and managed it for 26 years while raising 2 daughters with her husband. Since selling her business she has indulged in her love of travel. When she is not working Elizabeth enjoys reading and long walks with her dog.  We are lucky to have such an experienced and caring pharmacist. 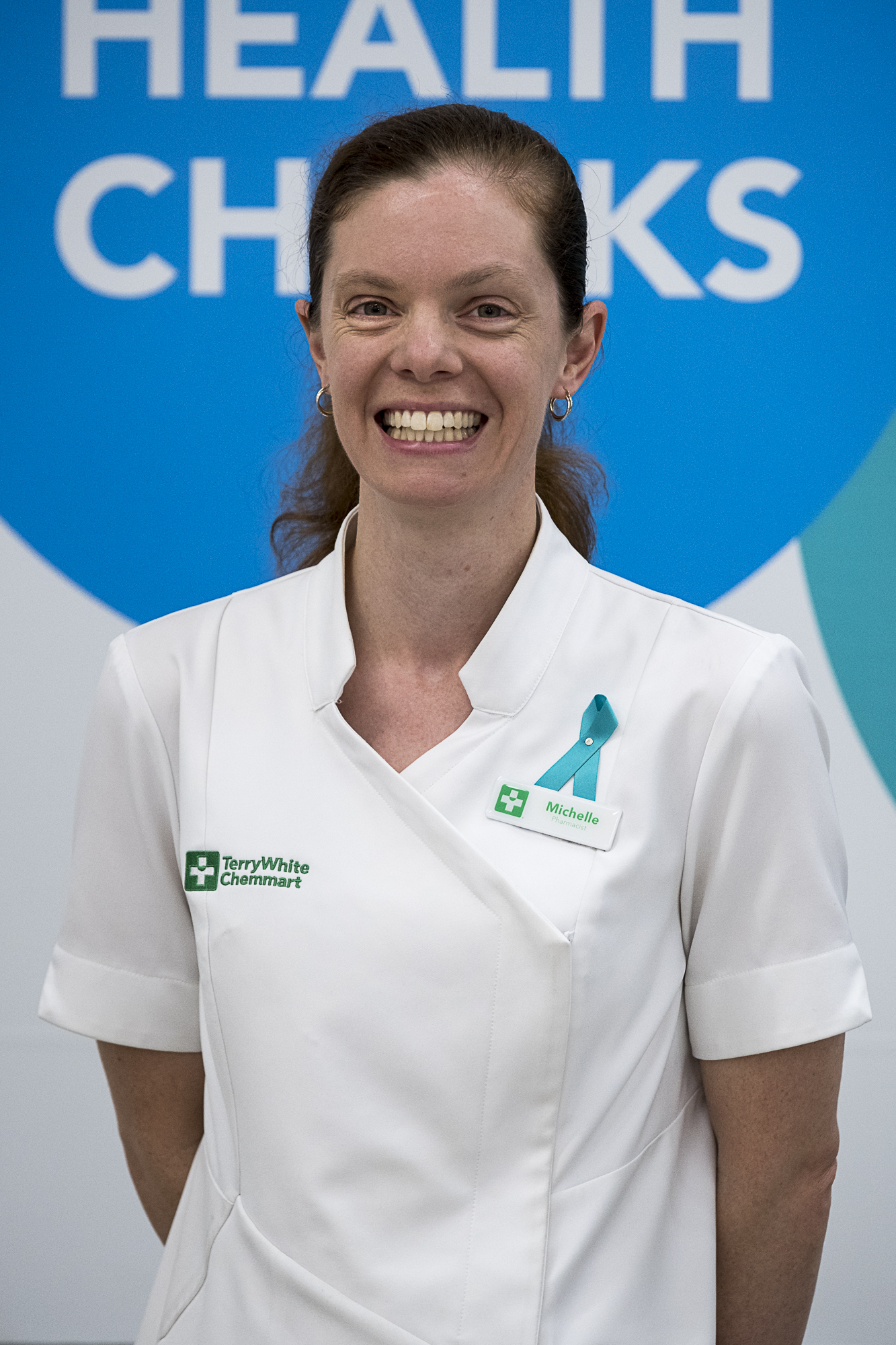 Michelle was born in Perth and had a desire to be a pharmacist since she was 15 years old. She studied at Curtin University, graduating and completing pre-registration in 2005. Michelle enjoys indoor soccer and travelling to new places. Within pharmacy her areas if interest include diabetes and weight managment. 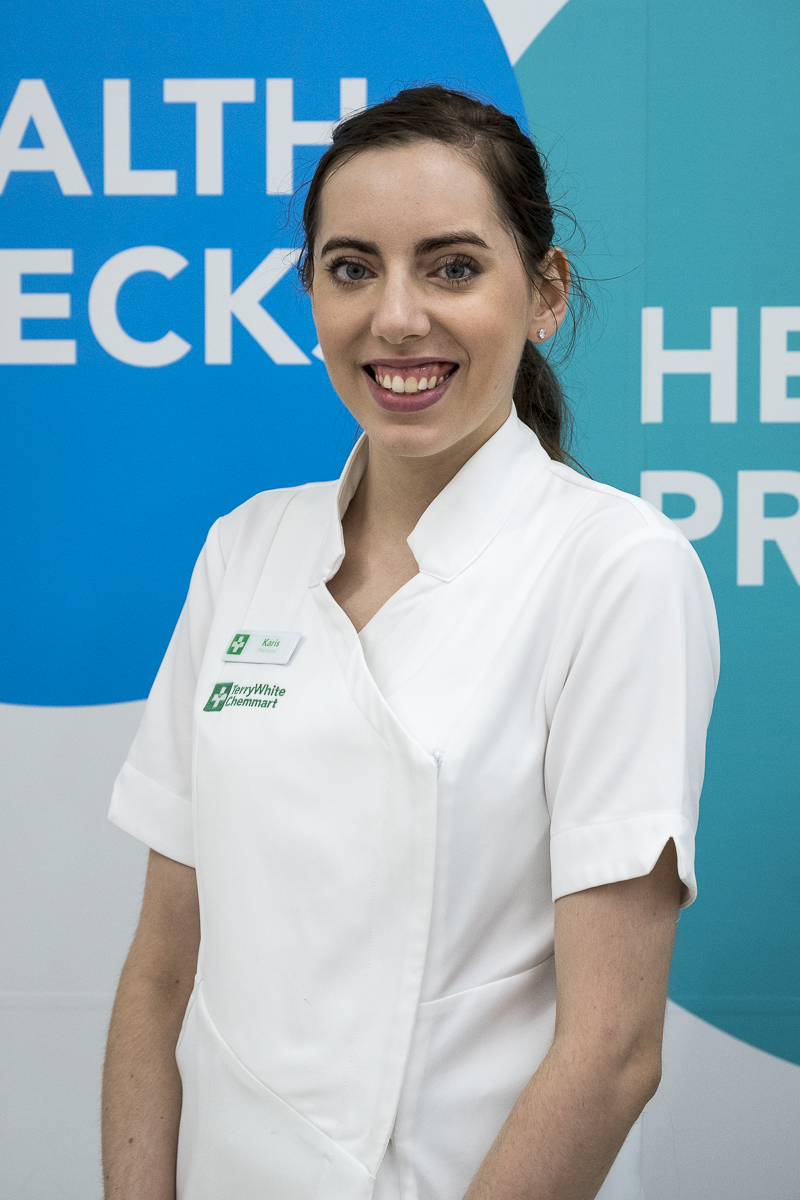 Karis is a newly registered pharmacist who has commenced her professional career at Terrywhite Chemmart Doubleview in December 2017. Karis graduated from Curtin University in 2016 with a Bachelor in Pharmacy and completed her internship at Ocean Reef Pharmacy, where she had been working for four and half years as a pharmacy student. Karis is very passionate about helping members of the community, using her knowledge to do so, whilst also building a friendly rapport with her customers. Karis is an active committee member of the Early Career Pharmacist working group which aims to represent young pharmacists in the profession.

Outside of work Karis likes to keep fit by doing Pilates and attending regular gym classes. Karis plays the violin and over the past 16 years has been involved with various orchestras and quartets including the WA Youth Music orchastras at WAAPA. As a former ballet dancer together with her musical background Karis has an appreciation for the Arts.

Sign up for our newsletter to receive the latest news, and updates from TerryWhite Chemmart® Doubleview.